The Foundations of Online Crowdfunding

Crowdfunding may be a new term, but the concept itself goes back centuries.

Note: The following is an excerpt from David M. Freedman’s recent book, Equity Crowdfunding for Investors: A Guide to Risks, Returns, Regulations, Funding Portals, Due Diligence, and Deal Terms (Wiley & Sons, 2015). The book is an authoritative guide to the social and financial rewards of crowdfunding, and provides guidance to investors on how to take full advantage of this new avenue of investment. You can learn more about the book and purchase a copy here. A special thanks to Dave and his coauthor Matt Nutting for granting us permission to run this excerpt.

The emergence of online crowdfunding platforms over the past decade, like the birth of e-commerce in the 1990s, has generated a lot of excitement among entrepreneurs, Web developers, consumers, and investors (and their lawyers) eager to exploit new opportunities. Crowdfunding also threatens to disrupt some existing financial institutions and professions, as e-commerce disrupted the retail landscape two decades ago.

In fact, some exuberant pioneers and early participants have predicted that crowdfunding will spark a revolution in private capital markets, if not the redefinition of Wall Street.[1] At this early stage, nobody can say definitively whether their exuberance is misplaced.

It perplexes those pioneers, therefore, that so many people still have not even heard of crowdfunding, or have heard of it but barely understand how it works, or don’t realize that there are big differences between the various kinds of crowdfunding.

So we begin with a broad definition. Crowdfunding is a method of collecting many small contributions, by means of an online funding platform, to finance or capitalize a popular enterprise. It is a new, high-tech version of a centuries-old practice. As crowdfunding is so new, there is much confusion in the marketplace about it—for example, many people still think of Kickstarter as the epitome of crowdfunding. Kickstarter may be the prime example of rewards-based crowdfunding (which is the most popular kind today), but there are a few other distinct kinds of crowdfunding, including donation- and securities-based crowdfunding; the latter includes both debt-based and equity-based offering platforms. We will help you distinguish between them and, especially, learn what makes equity crowdfunding different from its ancestors. 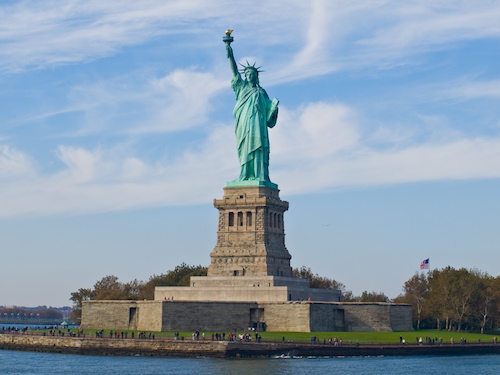 A classic example of old-fashioned (pre-Internet) crowdfunding is Joseph Pulitzer’s campaign to finance the construction of a granite pedestal for the Statue of Liberty in 1885. France had donated the statue, designed by sculptor Frederic Auguste Bartholdi, to the United States to celebrate the friendship between the two countries and their mutual respect for republican ideals. After France shipped the statue to America in June 1885, it sat unassembled in a warehouse for a year while the pedestal was being built here. Construction of the pedestal had been delayed because the American Committee of the Statue of Liberty ran out of money for the project.

The cost to build the pedestal and place the statue upon it was estimated at $300,000, but the American Committee could raise just over half of that. The State of New York refused to help fund it, as did the U.S. Congress.

The cities of Baltimore, Boston, San Francisco, and Philadelphia offered to finance construction of the pedestal if the statue would be relocated. Pulitzer, the Hungarian-born publisher of the New York World newspaper, dearly wanted the statue to remain in his city, so he used the power of the press to urge New Yorkers to help fund the project. He wrote in the World, with a fair measure of accuracy, that construction of the statue itself had been paid for by many small donations from “the masses of the French people—by the working men, the tradesmen, the shop girls, the artisans—by all, irrespective of class or condition.” He made a dramatic appeal in his newspaper to the masses on this side of the Atlantic:

Within five months, the World collected $102,000 in donations (roughly $2.3 million in today’s dollars), from 125,000 people, all of which it forwarded to the American Committee, and the pedestal project was revived. Most of the donations were in amounts of $1 or less.

As a reward to donors, the World published their names, regardless of the dollar amount (which had the fortunate result of increasing the paper’s circulation).

The Statue of Liberty was assembled, mounted, and dedicated to America on October 28, 1886, in a ceremony presided over by President Grover Cleveland—who, ironically, as governor of New York, a year earlier had vetoed a plan to fund the pedestal project.

The Internet Doesn’t Change Everything

That was the nineteenth-century version of crowdfunding, although the word didn’t yet exist in the English language. The twenty-first-century version relies on the power of the Internet, of course—specifically, e-commerce and social networks merged into online funding platforms and portals.

Although the technology is vastly different, in many ways Pulitzer’s version of crowdfunding is strikingly similar to today’s version. Both versions involve issuing emotional appeals via the most advanced mass dissemination tools of the time to crowds of ordinary (rather than just wealthy) supporters, most of whom contribute small amounts and receive rewards commensurate with their level of contribution. For some of those contributors, simply the satisfaction of helping a worthy project succeed is a significant benefit.