2015 was a great year for real estate, catapulted by the growth in millennial homeownership. We also saw interest rates stay low until the end of the year, and healthy development throughout the country.

Let’s take a closer look at the events in 2015 that helped shape the real estate environment.

New mortgage regulations in 2015 were a mix of better consumer protection coupled with greater incentives and greater obstacles to lending.

At the start of 2015, the Federal Housing Administration dropped mortgage insurance premiums from 1.35 percent to 0.85 percent. This might save new homeowners $900 a year, on average. In addition, the FHA dropped its requirement for its minimum down payment from 5 to 3.5 percent. The FHA’s new HomeReady mortgage program allows all household income to be included in the borrower’s debt-to-income ratio. First-time homebuyers will be able to receive assistance from their relatives without co-signatures.

The Consumer Financial Protection Board (CFPB) established criteria for “qualified mortgages” in 2013 that went into effect in 2015. Essentially, the new rules require lenders to make sure they lend only to borrowers who can afford to repay their mortgages. In return, the lenders are protected from borrower lawsuits as long as the lenders follow the rules. The main impact of the new rules falls on borrowers who want larger mortgages and on the self-employed. Jumbo loans in which the debt-to-income ratio exceeds 43 percent will not be considered qualified mortgages. Interest-only loans are also not qualified. The self-employed will now have to document that they have at least two years’ ability to pay in order to receive a qualified mortgage.

The CFPB also activated new rules updating implementation of the Truth in Lending Act (TILA) and the Real Estate Settlement Procedures Act of 1974 (RESPA). In short, these updates consolidated older forms into two new ones, the Loan Estimate and the Closing Disclosure, so as to increase their understandability and completeness. The new rules also mandate distribution of these documents such that buyers have them at least three business days before the closing. In addition, certain material changes to the documents made at the time of closing may require a three-business-day delay in the proceedings. The upshot has been a lengthening of closing periods, although it’s hard to say whether it’s just a temporary dislocation or a permanent change. 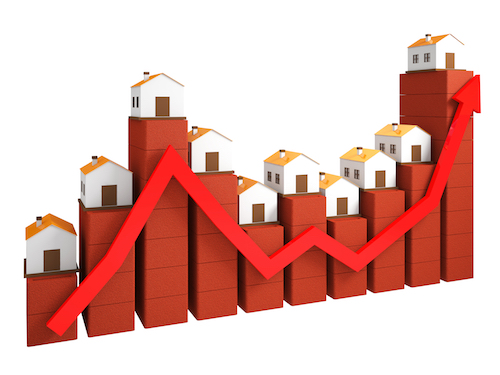 The year 2015 in real estate might rightly be called the year of the millennials, also known as Gen Y and born in the period 1980 through 1995. Millennials comprise 32 percent of the home-buying public, the largest share, according to the National Association of Realtors. About half of their number report having made financial sacrifices to make home ownership possible. While in past years the economy had caused many millennials to rent rather than buy, 2015 saw the unemployment rate fall to 5 percent, an improvement equivalent to 1.1 million potential homebuyers. The bottom line: millennials did their share in helping to make 2015 a successful year in real estate, and there is little reason for pessimism in 2016. Nevertheless, many millennials faced obstacles slowing their move from renting to buying, due to underemployment, low wage growth and mounting student debt.

A foreclosure remains on your credit history for seven years. That’s the bad news. The good news is that the first wave of former homeowners who defaulted during the great mortgage debacle of 2008 emerged in 2015 from their seven years of purgatory, enabling at least some of them to re-apply for home ownership — a plus for demand that should carry over for the next several years. The NAR says that 950,000 “formerly distressed homeowners have become re-eligible for mortgages and have likely purchased homes, and another 1.5 million will re-enter the market during the next five years.”

While it’s true that the Federal Reserve raised the fed funds rate by ¼ point in December 2015, mortgage rates remain low and inviting. The fear of the impending rate hike may even have motivated some consumers to accelerate home purchases. At the time of publication, conforming 30-year fixed rate mortgages had an average rate of 4.06 percent, quite low by historical standards, but not likely to get much lower in the foreseeable future.

In 2015 we saw the implementation by the SEC of changes to Regulation A (now called Reg A+) that give small private companies the right to publicly offer shares without first registering them. No longer must investors for these unregistered shares be “accredited” (i.e., wealthy). This means that the average Jack and Jill can invest in, among other things, private real estate crowdfunding offerings of up to $50 million dollars. Of course, there are restrictions involved, both in terms of sponsors and investors. Nonetheless, Reg A+ greatly expands the audience for real estate investments and unlocks a substantial source of capital that should spur property development going forward.

In October, the SEC also finally enacted rules fully implementing Title III of the JOBS Act. These long awaited rules will allow non-accredited investors to participate in equity crowdfunding. While the final rules won’t take effect until May 2016, we should know more by the end of the year about what kind of effect the influx of retail investors will have on the crowdfunding industry.

According to Realtor.com, the top 10 real estate markets to watch in 2016 are:

PeerRealty provides investors with access to the very best real estate deals through its crowdfunding portal. This means that you can participate in the latest real estate market trends as they develop in 2016 with investments as little as $5,000. Subscribe to the PeerRealty blog for the very latest information on the real estate industry.