What the Fed’s Rate Hike Means for Real Estate Investors

One month into 2016, how do the recent moves by the Fed look?

The spectacle was there for all to witness. December’s hawks became January’s doves – it took only a month for the Federal Reserve to pull back its aggressive stance on inflation. Did cooler heads prevail, or did the world change under our feet? Perhaps a little of both, but the fact remains that the 1/4-point boost to the Fed Funds rate, seen as a bold stroke against incipient inflation in December, looks more like overkill three weeks into the new year.

The first week in January revealed what the markets felt about the Fed move. Even though the rate hike left the fed fund rate target quite low at 0.25 to 0.50 percent, stock markets around the world tumbled, having their worst start to the new year ever. Naturally, money took flight into high quality Treasury bonds and notes, raising prices and lowering yields on long-term debt. The result was a flattening of the yield curve, as the yield premium for 10-year T-notes over the 2-year kin dropped to the lowest spread since 2008: 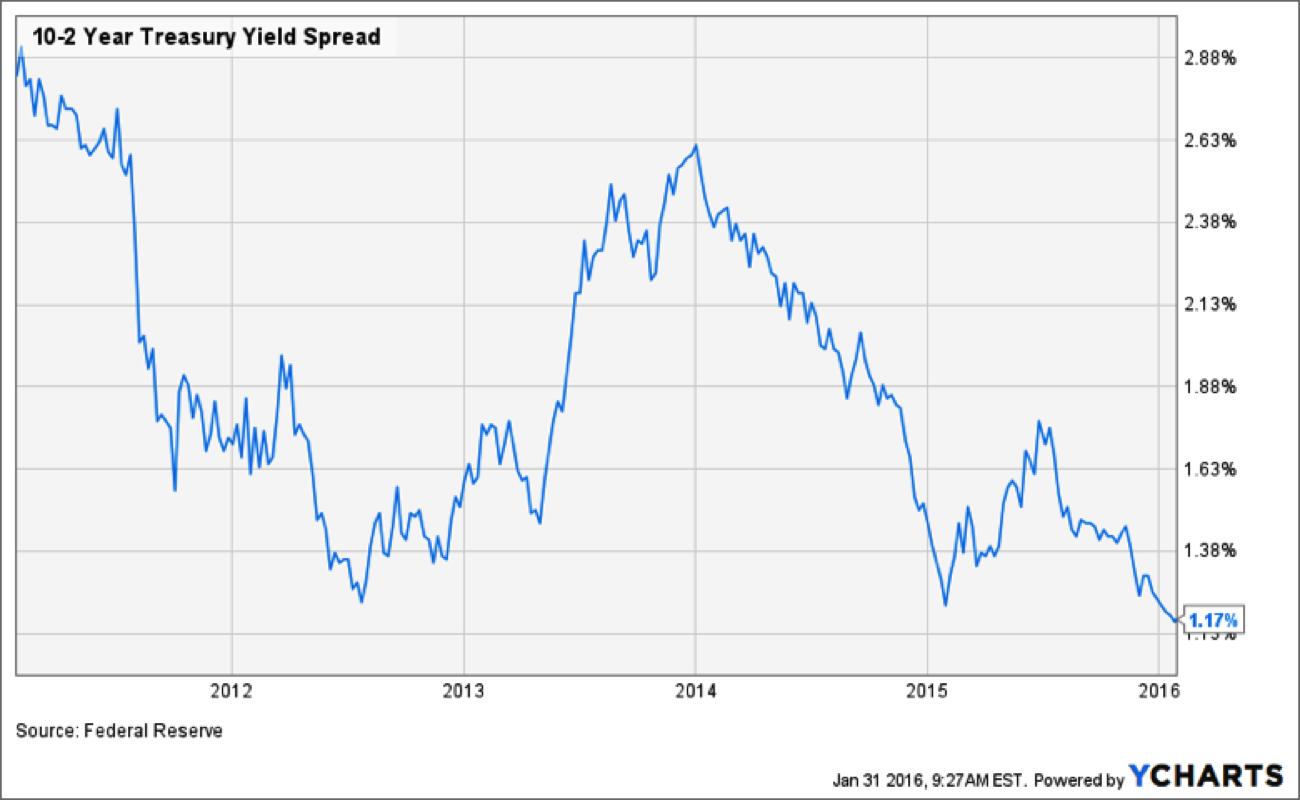 But How Does It Affect Real Estate?

It’s natural for us to view the Fed’s moves through a real estate lens, so what do the Fed’s recent actions portend for real estate in 2016?

It appears the answer is: not much. Property markets were strong in 2015 thanks to robust job numbers and low mortgage rates. Had the Fed continued to raise rates, mortgages could have become considerably more expensive, a move that tends to choke off new investment and makes current investments less profitable (to the extent the investment properties are leveraged – that is, financed in part by debt). Higher interest rates mean investor capital doesn’t go as far, that after-interest returns are lower and that bonds create greater competition for the money available for property investment.

There’s just one problem with the Fed’s goal to tame inflation to 2 percent annually, the ostensible reason for the December rate hike. The problem is that inflation is closer to 1 percent right now, and worries such as plummeting oil prices and a weakened China act as deflationary, rather than inflationary, factors. So the Federal Open Market Committee decided on January 27 to keep rates the same and to refine its goals (or at least the way it expresses them): It wants to take actions to ensure that future inflation is neither too high or too low. In its own words, the “Committee would be concerned if inflation were running persistently above or below” its 2 percent objective (emphasis added). The statement, which amends the Fed goals annunciated a year ago, basically says that the inflation objective is symmetric – not too hot and not too cold.

Getting back to the yield curve, it takes on a shape consistent with the markets’ views about inflation. A normal, upward sloping curve demonstrates the requirement by long-term bond holders for extra yield to protect against inflation. When the curve flattens, inflation no longer seems menacing. And should the curve invert – with short term rates higher than long-term ones – a recession is in the forecast, as investors predict that the value of long-term bonds will deflate, so why hold them? 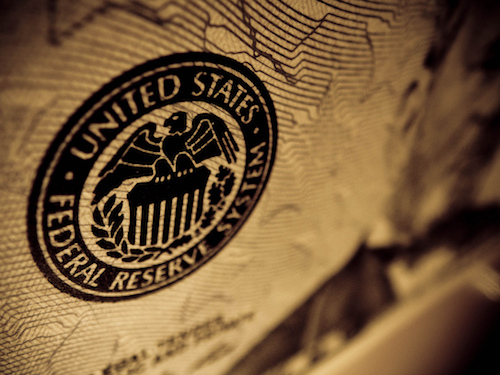 While the current yield curve is definitely flattening, it is not yet approaching inversion and so it is not (yet) forecasting a recession. It’s also not forecasting much inflation. A German report last week showed business confidence has reached an 11-month low. Which means the Fed has its work cut out just to juice inflation up to the desired 2 percent rate. In this scenario, higher interest rates are counterproductive, as they slow economic growth, and with it, inflation. Bottom line: the odds that the Fed will continue to boost interest rates in 2016 are probably lower than they were a month ago, and will depend on more data confirming the strength of the economy.

Here’s an interesting tidbit: Fed fund futures are a way that traders indicate their predictions about central-bank moves. The betting a month ago was for a 56 percent chance that the Fed would boost rates in March 2016. Last week, that probability dropped to 31 percent. Should unemployment rise, China falter even more or commodity prices weaken further, all bets are off.

From the point of view of real estate investing, we think of 2016 as the Goldilocks year: benign inflation, not much upward pressure on interest rates, and perhaps the long-overdue bear market in stocks. With the returns on bonds and stocks currently providing meager competition for those on real estate investments, the window of opportunity for profitable property investments looks like it will remain open in 2016. We see the benign environment for real estate investing remaining intact for the following reasons:

While the stock market is a little stormy right now, it’s a good time to consider real estate investing as a relatively less volatile port in the storm.