The debate over who can invest isn’t over yet.

While we’re optimistic about Title III, there’s no question that crowdfunding platforms will continue to rely upon both the existing Title II regime and the new Title III rules. Expect to see platforms listing Title II offerings (open only to accredited investors) alongside separate Title III offerings (open to both accredited and non-accredited investors). Given the $1 million offering size limit for Title III, larger deals will have no choice but to rely upon Title II.

The current definition of an accredited individual investor is based solely on wealth or income. It originates from the 1933 Securities Act, as subsequently interpreted by the Supreme Court and the SEC. Accredited investors are supposedly better able to withstand losses from private investments in which the available information is less than what would be disclosed in the prospectus of a public investment. Under Rule 502(a) of Regulation D, natural persons are accredited if:

This primary residence exclusion, introduced by the Dodd-Frank Act, is important, because it places emphasis on an investor’s liquid assets, the kind that could be used to help withstand substantial losses on an investment without forcing investors to sell securities they would rather hold. As we will see, the limitation placed only on a primary residence is one of the criticisms leveled against the current definition of accredited investors.

Beyond the ability to withstand losses, the current definition of accredited investors is often cited as a proxy for investor sophistication and for the ability to obtain, through negotiation, the disclosure of sufficient information to properly evaluate private placement offers. Criticisms from many quarters, including Congress, challenge all three assumptions as to whether these assumptions are necessary to provide the intended protections without unnecessarily restricting capital formation.

In response to the Dodd-Frank Act and the JOBS Act, the SEC has made several regulatory changes: 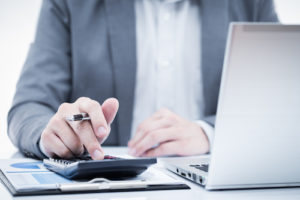 On April 30, 2015, Representative Schweikert introduced H.R. 2187, a bill that would expand the definition of accredited investor to include natural persons who certify that they are a registered broker-dealer, licensed attorney, CPA or SEC-registered investment adviser. It also includes individuals who hire one of these types of professionals and individuals who pass a new licensed-accredited-investor test administered by Financial Industry Regulatory Authority (FINRA). The bill is currently in committee.

On June 16, 2015, a House subcommittee held a hearing about widening the definition of accredited investor, and the proceedings discussed the IAC recommendations. Several participants at the hearing noted that the accredited investor income (over $200,000, or $300,000 together with a spouse) and net worth (over $1 million) amounts have not been updated since 1982. The only change in that time has been to eliminate the value of an investor’s primary residence from the net worth calculation. Updated for inflation over the past 33 years, the income threshold would increase to just under $500,000 ($740,000 for a married couple), and the net worth criteria would increase to almost $2.5 million.

The House Investor Education Subcommittee has issued five recommendations with supporting rationales regarding alternate approaches to the current definition of accredited investor that are meant to remove constraints on capital supply. The subcommittee recommended that:

Since Title III was adopted last month, much of the mainstream media attention has focused on the idea of non-accredited investors being able to participate in equity crowdfunding. There’s no doubt that there will be numerous Title III offerings available to these investors come mid-2016, but some non-accredited investors may be disappointed to see other (Title II) offerings that they are unable to participate in. As we have discussed, it’s ironic that quite a few attorneys, advisers and brokers who make a living advising clients on investments are themselves unable to invest in equity crowdfunding offerings. Title III will partially address this, but the discussion on the accredited investor definition will continue.